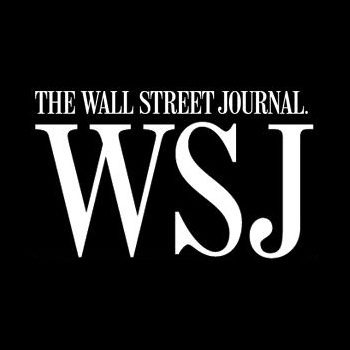 We Are All MacGyvers Now

The hard times of the coronavirus pandemic have often required a bit of ingenuity to patch together items in short supply. The patron saint of such resourcefulness is one Angus MacGyver, the title character of a fondly remembered television series from the late 1980s and early ’90s, a secret agent who always knew how to improvise just what was needed in a critical situation, typically with items like rubber bands, paper clips and duct tape. His presence is so strongly felt in the language that “MacGyver” was recognized as a verb by the Oxford English Dictionary last year.

Two recent Wall Street Journal headlines—“Rice University Engineers ‘MacGyver’ an Inexpensive Ventilator for Coronavirus Patients” and “How to MacGyver a Bar-Quality Cocktail at Home”—illustrate the term’s most recent prevalence. Current circumstances have necessitated ingenious solutions, whether they involve assembling ventilators for hospitals by using 3-D printed parts and hobby-shop materials, or simply fabricating a drink at home while sheltering in place.

The health-care industry in particular has had to resort to “MacGyvering” to overcome equipment shortages. Scott Steiner, the president of Georgia’s Phoebe Putney Health System, told the New Yorker that hospital employees have had to sew their own masks, “MacGyvering things up,” as he put it. And Mark Gloth, chief medical officer for the nursing-home network HCR ManorCare, explained to ABC News that a new plan of action had to be improvised to confront coronavirus outbreaks: “I said, ‘Why can’t we MacGyver it and put something together that will actually provide an additional level of support for our patients and employees?’”

Uses of “MacGyver” showed up during the run of the original ABC series, starring Richard Dean Anderson, from 1985 to 1992 (a rebooted version with a younger MacGyver has run on CBS since 2016). In a 1989 interview with Mr. Anderson, the talk show host Arsenio Hall said he had heard high school students use “MacGyver” as a verb meaning “do the impossible.” And in January 1992, Michael J. Demchik, a chemistry and physics teacher at Jefferson High School in Shepardstown, W.Va., wrote in the magazine the Science Teacher about encouraging his students to engage in “the process of tinkering and modification” that he called “MacGyvering.”

At the same time, the verb was spreading to other fan communities. A participant in an online “Star Wars” forum in 1993 used the term for Han Solo and Chewbacca’s work on their starship the Millennium Falcon, noting that “Chewie and Han MacGyvered the Hyperdrive while stuck on the back of the Star Destroyer.”